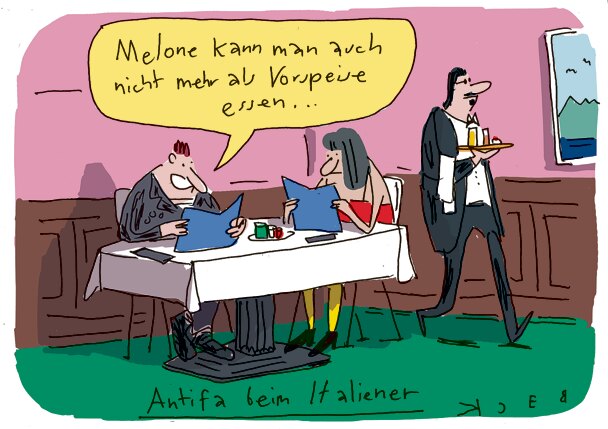 Transparency International ranks the UK as the eleventh least corrupt country in the world on their corruption perception index. Ukraine on the other hand is ranked 122nd out of 180 countries.

The ongoing conflicts in Ukraine that may appear ideological, ethnic or linguistic are often ideational/political, effective and manipulated rather than causal, and can be interpreted as structural ruptures necessitated by shifts in the balance of power within and between social blocs, classes and their fractions, which I have documented in the previous section. The true conflicts are class formation and accumulation struggles between foreign and domestic capital, that is, oligarchs, the EU, the USA and Russian business and their indirect engagement in Ukraine’s policy making via various forms of advisory and financial ‘support’ organisations. The Maidan protests, also, were not ideological but counter-ideological, reactionary movements.

—Yuliya Yurchenko, Ukraine and the Empire of Capital: From Marketisation to Armed Conflict, (London: Pluto Press, 2018). 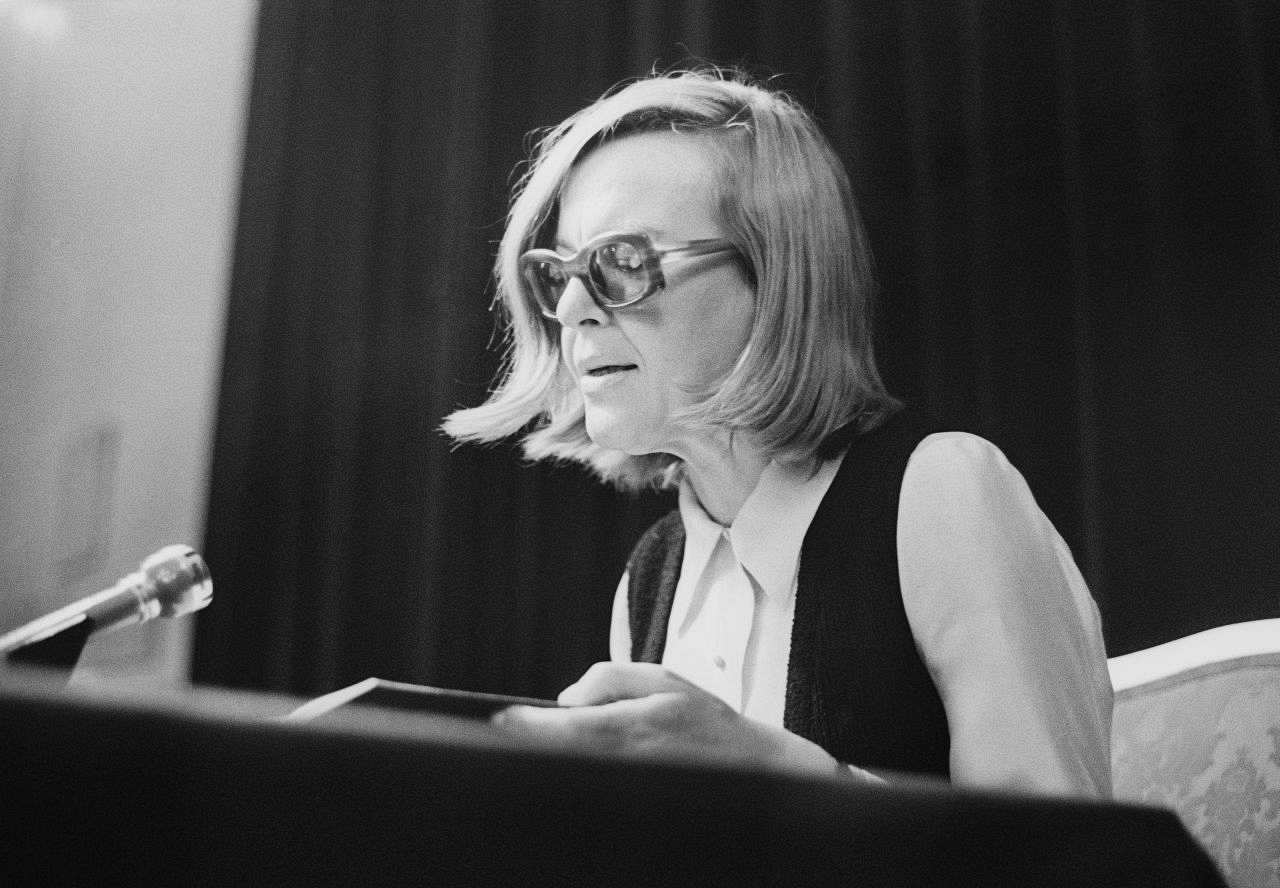 “The pandemic is over,” the president said during an interview at the Detroit auto show. “We still have a problem with Covid. We’re still doing a lot of work on it … but the pandemic is over. If you notice, no one’s wearing masks. Everybody seems to be in pretty good shape. And so I think it’s changing.”

The upcoming midterm elections may have also played a role in the president’s comments, said Dr Celine Gounder, an infectious disease epidemiologist and editor-at-large at Kaiser Health News.

The president was “signaling that the country is not suffering the way it was economically and socially from Covid the way it was”, said Gounder. “To say that we are coping with the pandemic better than we were, but that there’s still room for improvement would have been one thing. But essentially, this is declaring ‘mission accomplished’ when you still have thousands of people dying each week.”

The current rate would amount to about 150,000 deaths per year, which is equivalent to three bad flu seasons, said Bill Hanage, an epidemiologist at the Harvard TH Chan School of Public Health. (Over the last decade, the highest number of deaths during a flu season was about 50,000, according to the CDC.)

“This ended pandemic is still three times as bad as something we would ordinarily consider pretty bad, and I think that’s important, especially because we expect cases to tick up in the fall and the winter,” Hanage said.

The core issue at stake, I think, is unipolarity-multipolarity. Since the U.S. took over the reins from Britain 80 years ago, reaching far beyond Britain’s dreams, it has sought a unipolar world, and to a substantial extent it has realized that goal, in ways we need not review. There has always been resistance.

In many ways the most significant, and least discussed, form of resistance has been the effort of former colonies to find a place in the international order: UNCTAD, the New International Economic Order, the New International Information Order, and many other initiatives. These were crushed by imperial power, sometimes reaching the level of assassination (the very important case of Patrice Lumumba) if other means did not suffice. Some elements survive, like BRICS [the economic alliance of Brazil, Russia, India, China and South Africa]. Most significantly in the modern global scene, rising China leads the effort to develop a multipolar order.

Right now, the long-term conflict is manifested in many concrete ways. One is the intense U.S. effort to impede China’s technological development and to “encircle” it with a ring of heavily armed U.S. satellites. Another is the NATO-based U.S.-run Atlanticist project, now given a shot in the arm by Putin’s criminality, and recently extended formally to the Indo-Pacific region. The major competing element is China’s huge development and investment project, the Belt and Road initiative backed by the Shanghai Cooperation Organization, encompassing Central Asia and by now reaching well beyond. At an ideological level, the confrontation sets the UN-based international order against the rules-based international order (with the U.S. setting the rules). The latter is adopted with little controversy or even notice in the U.S.

The important specific issues raised in the question find their place within this broader framework. Their resolution depends on how the broad process of reorganization of the international order develops. A highly uncertain matter, one of great portent.

Not in the distant background is a more fundamental matter, which cannot be put aside. Unless the great powers find ways to accommodate to confront the most important threats that have arisen in human history — environmental destruction and nuclear war — nothing else will matter.

The space for truth is very limited, as the world crashes into full dystopia.

Many of my regular readers are annoyed when I point out that Russia is far too weak a country to be a military superpower that can challenge NATO. It has an economy the size of that of Spain or Italy, and a military crippled by corruption. It has an economy that is not only small but woefully undeveloped and reliant on raw commodity export, be it energy, cereal or mineral.

To historians, the most significant thing about Putin may be his failure to develop manufacturing industry at a time when China raced into world manufacturing domination.

For my entire lifetime, the western military industrial complex and its national and NATO functionaries have exaggerated systematically the “Russian threat” in order to justify their own bloated budgets. I have explained this throughout the Ukraine crisis and again and again I have said that Russia does not have the ability to conquer Ukraine – it is therefore utterly ludicrous for NATO propagandists to claim we have to squander fortunes to defend against Russia sweeping through all of western Europe.

The logical fallacy of western politicians cheering Ukrainian advances around Kharkiv, and in the same time saying that still trillions more need to be spent on defence against Russian invasion by the USA, Germany, France, UK and others, would be obvious to a five year old. Yet peculiarly I don’t believe I have ever seen or heard the fallacy queried in the media.

Putin’s reaction appears to be escalation. The conscription is a huge statement internally which probably does make major military reverse not politically survivable, even for Putin. The proposed referenda in occupied districts also make any backtracking very problematic.

Borders are not immutable. The borders of sovereign Ukraine only lasted 21 years before Russia annexed Crimea. A Ukrainian victory that retakes Crimea from Russia would involve a long war and a death toll rising into the millions.

There really are – and remember I worked over twenty years in British Foreign Office, six of them in the senior management structure – people in NATO, and in all western governments, who have no problem with the notion of hundreds of thousands of dead people, particularly as they are nearly all Eastern Europeans or Central Asians. They are not even particularly perturbed by the risk the conflict could turn nuclear. They are delighted that the Russian armed forces are being degraded and vast sums pumped into western military budgets. That is worth any number of dead Ukrainians to them.

I do not believe the USA, UK nor NATO has any political will for peace. This is a disaster. The question is whether the economic pain their populations will feel this winter will force the western politicians to consider the negotiating table. This war can only end with at least de facto international recognition of Russian control of Crimea, and with some kind of special status for the Donbass. The alternative is a war so destructive as to bring disaster across the entire world economy, with the possibility of nuclear escalation.

“The space for truth is very limited, as the world crashes into full dystopia.” Several concepts here are quite interesting. “Space for truth”? Is there truth, as opposed to truths? Why is it dystopia is always and inevitably in the future? This is something I see especially in US media, but it’s certainly not limited to the US. Is this, like global heating or species loss, a reality so horrible that it cannot be held in the mind?

I found this placement quite funny.

The answers to the question presented here are not as interesting or significant to me as the fact that the question is asked, and asked as simply one of a number of articles. The question is accepted, the answers proffered, the reader moves on. Ernst Fischer’s explanation of the environment in the Hotel Lux applies here I think: